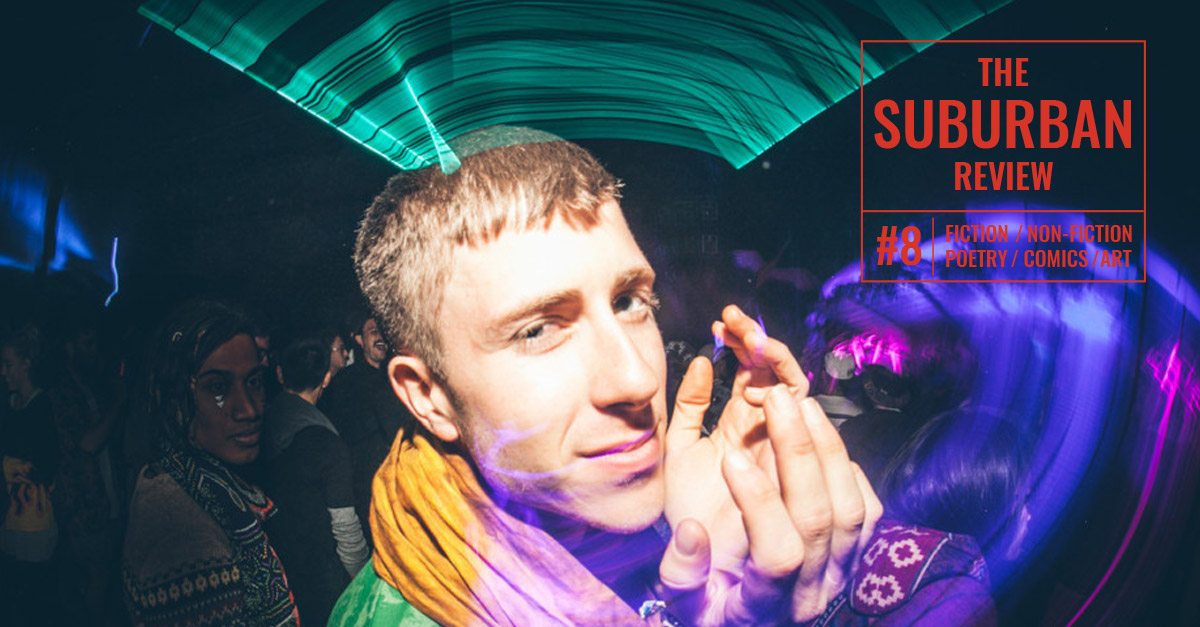 DAVID C. MAHLER is a Melbourne based cartoonist and film maker.

Their comic ‘How do you know?’ appears in The Suburban Review #8.

CG: What other media, other than comics, do you work in? How does this influence your comic work? What makes you choose to tell a story in comics rather than in a different medium?

DCM: I work as a filmmaker and I paint on the side, mostly abstract. I’d say there’s a strong connection between my film and comic work, I’m interested in narrating a story or idea through framed imagery. Choosing the perfect visual composition to enhance/contrast/whatever an idea. While both media are related, combining words and images, they both have their own distinct qualities which separate them as art forms. I tend to use film when I want to impart a story or idea more subtly, through character, action and circumstance. I find audiences relate more to live-action, naturally, you really don’t need to spell anything out, and really, as a filmmaker, you shouldn’t. I like comics because they’re a balance between a story with momentum, movement, and a static image that you can take your time to explore. The imagery can become more dense and symbolic, and you can employ minimalism and complexity to your advantage to manipulate an audience’s experience of time. It’s a fun challenge.


CG: Your work often seems to deal with spiritual/mystic themes (‘How do you know?’ is a great example). What attracts you to these stories? Does this represent a personal intersection between art and life for you?

DCM: I’m not sure mystic is the right term, spiritual is closer. A common thread through my work is that time is a very human concept that we use to create history. Without the concept of time humans would just be an ongoing string of shared ideas and experience related down through art and language. We are all connected in this sense, every human that has ever existed. We have all built up reality together, over this dimension that we have labelled ‘time’. I wouldn’t say this concept is mystical, it’s more philosophical. I like to celebrate the connection, the unity between all humans that we forget and ignore. I suppose I just want to remind everyone that you/we are part of something larger, and it’s not scary, it’s a beautiful concept.


CG: For anyone reading this I would highly recommending checking out David’s long form comic piece Deep Park. Do you have any upcoming or ongoing long form comics in the works?

CG: Yes, I have a collection coming out this month called Junior Catharsis, over 250 pages of comics from the past five or six years. I’m also polishing off another collection/subtly-connected book called Natural Philosopher which collects and expounds on these more esoteric comics. I’m very excited about it but it’s at least a year away 🙂

About Chris Gooch 4 Articles
CHRIS GOOCH is a Melbourne based artist and cartoonist. His work is available to read online at chris-gooch.tumblr.com.