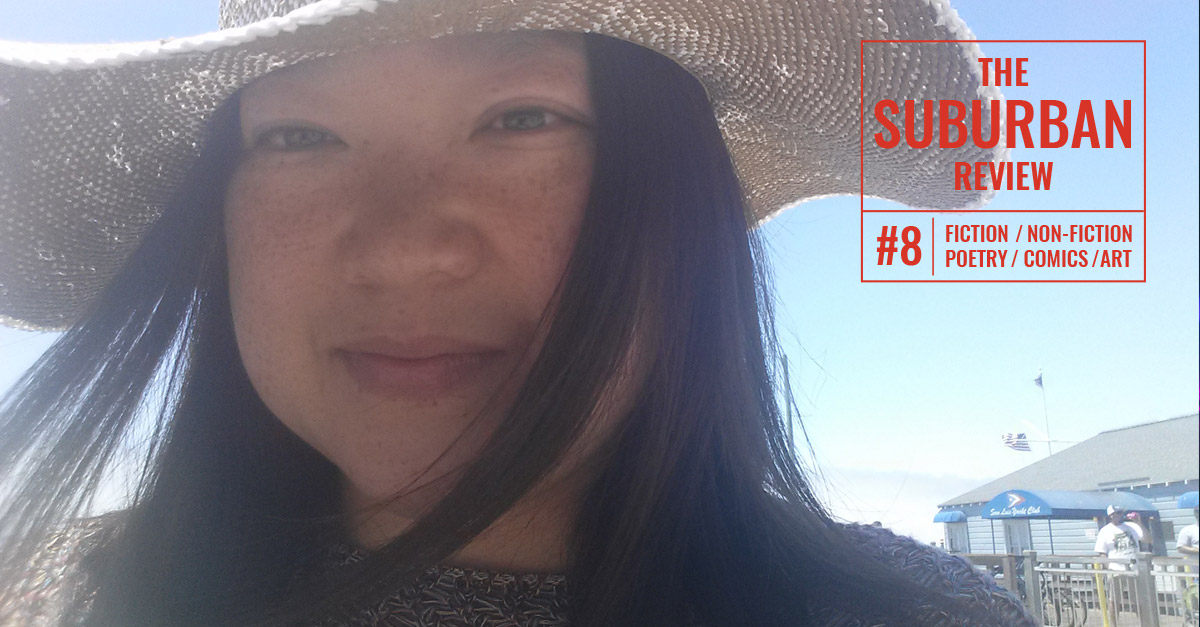 Born in Sadec, Vietnam in the aftermath of war, Samantha Lê immigrated to San Francisco when she was nine. She now lives amongst the foothills and vineyards of California’s central coast where she paints, hikes, and reinvents old, family recipes. A recipient of the James D. Phelan Literary Award and the Donor Circle for the Arts Grant, Lê holds an MFA in Creative Writing from San José State University. Her publications include Corridors and Little Sister Left Behind. Her poetry has appeared in Borderlands: Texas Poetry Review, Hypertrophic Literary, Reed Magazine, Two Thirds North and other fine literary journals.

Her poem ‘Fourteen’ appears in The Suburban Review #8.

DK: How is lust dangerous? How does youth affect that danger?

SL: Whether it’s a lust for life, art, food, sex, or adventure, lust is one of the main ingredients of passion, which enhances its attractiveness. It makes the palms sweat and causes the heart to beat faster. It encourages risk-taking. I think in every life, there should be a little room carved out for lust. But, lust can become dangerous, especially when it’s given a place at the altar in one’s life, where it manipulates ethics and reason and negatively influences the decision-making process. When this happens, cravings become obsessions, acting as the erosive agent that destroys a person’s connection to the world. As lust spins out of control, the identity is absorbed, and the moral centre is set askew. The by-product that this type of lust inevitably spits out is always chaos. No one can live a balanced or meaningful life that’s 100% motivated by lust.

Often, youth calls lust by the wrong name, confusing lust for love, intimacy, sexual awakening or even empowerment. But, without the necessary life experience to act as a guide and an unwavering understanding of the relationship been cause and effect, actions and consequences, it’s easy to lose oneself to such an intoxication. As the result, youth is often exposed to the dangerous nature of lust because youth innocently and willingly puts a mask on such danger and calls it friend.

DK: Which image from ‘Fourteen’ do you think is most evocative?

SL: For me, the most evocative image in the poem is the ‘hard plastic doll parts.’ It suggests a disconnection the speaker has to her own body and to her lover’s body, which is troubling in any context, but especially disturbing in the context that these doll parts are coiled inside an intimate, human act that causes their real bodies physical harm.

DK: What prompts you to create a piece of written work?

SL: I write to understand and celebrate life and people. The act of writing requires introspection, a seeking of knowledge about others as well as my place in the world. It’s my hope that during this attempt to process life, I also create literature that provides a unique and thoughtful perspective about the human condition. I believe that compassion is only possible if there’s awareness and understanding. The exposure to different points of view encourages people to occupy a mental space where they’re opened to receive the beauty in one another, flaws and all. My wish for everyone: create the beauty you want to see in the world. Don’t just leave it to the poets and artists.

About Dinu Kumarasinghe 6 Articles
DINU KUMARASINGHE is Deputy Editor (Prose) at The Suburban Review and studied law at The University of Melbourne and Politics and English Literature in her undergraduate degree. She has been published in Voiceworks and De Minimis and is interested in migrant and First Nations experiences, in both literature and law.