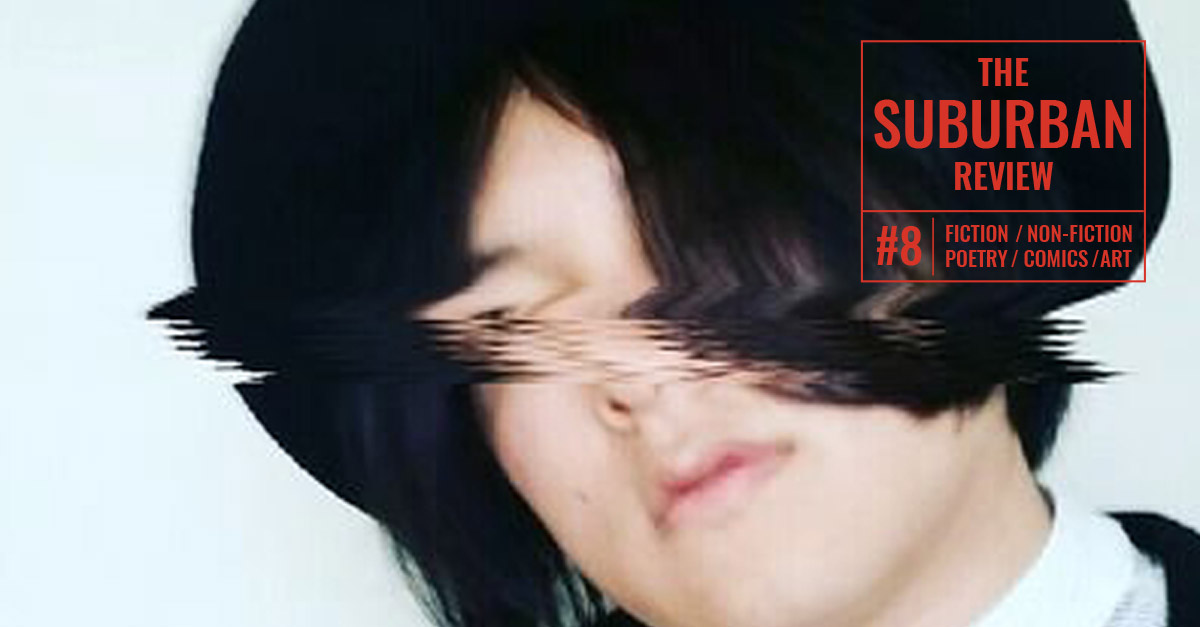 MAX NIE is a Chinese-Australian comics artist, zine writer, and ex-poet living in Melbourne. Their comics work is soon to be published in Pencilled In and Castles in the Sky, and they self-publish a series, Little Magic. One time, they were nominated for a Rhysling Award for speculative and science-fiction poetry. They do not write either of those things. Follow on Instagram: @brvtus and on Twitter: @90sboyfriend.

Their comic ‘Roses Rest’ appears in The Suburban Review #8.

CG: Your work often seems to deal with genre—with the narratives playing out within genre worlds (‘Roses Rest’) or with your characters referencing genre tropes within the context of the story (‘Little Magic’)—how do you view genre within your work?

MN: Genre is integral to the way I both understand and construct media. I think it’s a useful lens of thinking about narrative because it situates stories within a broader canon and allows you to access the wider context that gives those stories meaning. That’s really what Little Magic #1 was about, just my relationship with media and how I talk about it with my friends.

In terms of my creative work, when I start to plan a comic, the first thing I try to do is plan out where it falls genre-wise. I prioritise this because it makes the rest of the process a lot easier. It provides a strong foundation to figure out what I want a story to be about, and the technical and structural qualities that I may want to explore in order to tell that story.

For ‘Roses Rest’, I knew I wanted to make a story about exhaustion and perseverance in a very vague, lyrical kind of way. At the time, I was playing a lot of Dark Souls and it got me thinking about knights in medieval literature, how they’re not really characters in the sense of having an internal narrative—they’re figures that are defined by action. Like an empty suit of armour, a human shape onto which ordeals are mapped. That’s an affect I connected to strongly.

CG: Do you believe in high/low art distinctions?

MN: I think that the distinction exists, but I don’t think it’s a value judgement, high art is just art which has been approved by the cultural institution that surrounds it and created for the elite market that consumes it. The extent to which this art is valued depends on the medium. For comics, I don’t feel like the medium has been enshrined enough in the institution of ‘high art’ to have a culturally relevant tier of elite art comics. In other words, I don’t really buy into the semantic distinction between ‘comics’ and ‘graphic novels’. I also feel like the personal work that has very conceptual aspirations often pulls its subject matter from low culture origins. That’s something I adore about the medium, that indie comics often have really good and interesting things to say about human relationships while still directly referencing popular media.

CG: How do you balance comic making with the rest of your life?

MN: Very poorly, unfortunately. Trying to balance an art practice with full time work is difficult, and I don’t have a lot of energy in general. I made ‘Roses Rest’ during a period where all my waking free time outside of my day job went into making comics. Altogether, I was working for more than 12 hours each day. I did it because, at the time, I was feeling really dissatisfied with my life and work output, and I was in this mindset that I had to push myself and overcommit to projects because I had to prove in some abstract way that I could make it, that I had a work ethic, and this version of my life was worth living.

Since then I’ve been trying to find a healthier balance, giving myself longer lead times on project deadlines and allowing myself space to breathe. I’ve been trying to get better at time management and working more consistently for shorter bursts, and it seems to be working out alright. Ideally, I would like to quit my day job and make art full-time—it makes me really sad that I can’t, because for the first time in my life I feel really focused creatively and happy with the work that I’m making, and proud.

About Chris Gooch 4 Articles
CHRIS GOOCH is a Melbourne based artist and cartoonist. His work is available to read online at chris-gooch.tumblr.com.