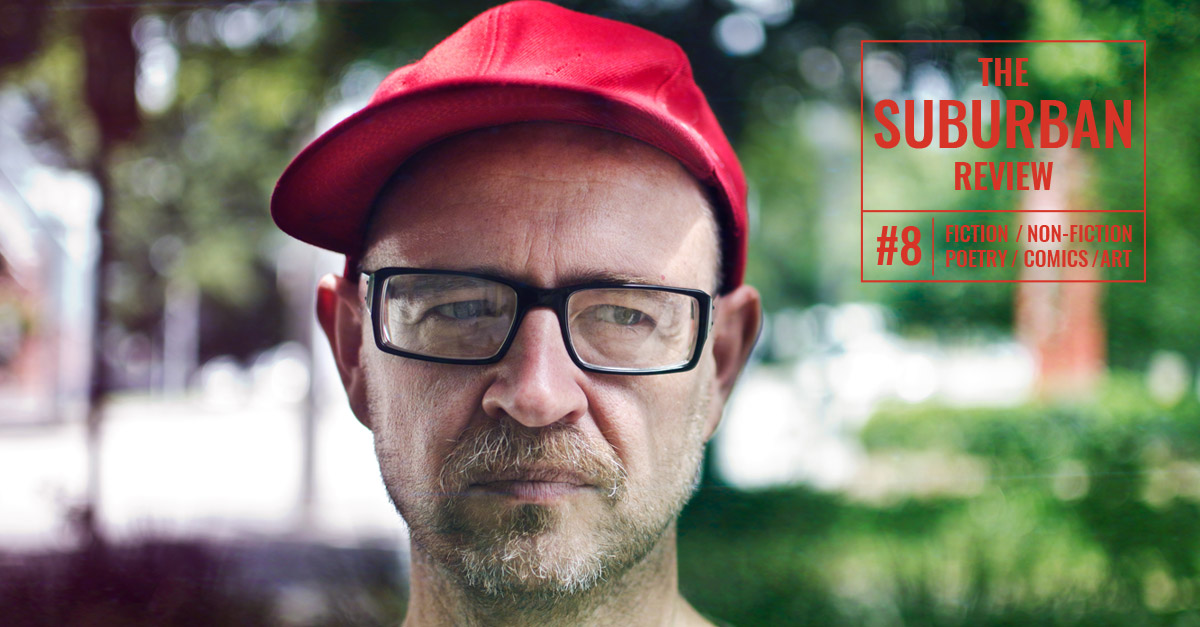 MICHAEL FARRELL has a PhD from the University of Melbourne: a version of his thesis was published as Writing Australian Unsettlement: Modes of Poetic Invention 1796-1945. His recent poetry books are Cocky’s Joy (Giramondo) and A Lyrebird: Selected Poems (Blazevox). He edits Flash Cove magazine with designer Wendy Cooper. Contact: flashcovemag@gmail.com

ZK: The title of your poem in #8 is a pun on the idiom ‘seen better days’. How do puns operate specifically within your poetics and what do you think their value is within the lexicon of the English language?

MF: The pun in that title is related to the punning titles of cafes (e.g. Long Time No Sea). Puns are probably more important to my titles than what follows. Often titles generate the poem, so a pun can be a good start because you’ve got (at least) two sets of meanings to play off each other. Some are obvious, others more culturally dependent: ‘blue money’ from ode ode puns on two songs ‘Black Money’ by Culture Club and ‘Blue Monday’ by New Order; ‘now or nefertiti’ in a raiders guide puns on ‘now or never’; ‘what goes around’ in open sesame alludes to the karmaic saying but is also set in a laundry; ‘Motherlogue’ from Cocky’s Joy puns on monologue; BREAK ME OUCH includes a lot of puns: perhaps because they’re less discursive, more visual, perhaps tending to rebus just slightly. My examples show that often my puns come from pop music: I play around with song titles and lines in my head; the punning comes in part from reading reviews in New Musical Express which I did a lot when I was beginning to be a poet.

ZK: I understand you use different constraints in your writing. What effect do you think constraints have on the notions of ‘voice’ and the ‘lyric I’ within poetry?

MF: As I misread your question I thought you were indicating that poetry is a constraint – or set of constraints. For many years I used dice to write poems but I didn’t think of it as a constraint because of the way it freed me. It’s a cliché that that’s what limits do, but a throw of a dice seems opposite to a limit. Genre is a constraint. One constraint I have used is, for example, what I rather grandly refer to as ‘word moratoria’ where I ban a word for a while. I’ve done that with ‘I’, with birds, and currently with titles I won’t use a title starting with the words ‘A’ or ‘The’ as I have a few in my forthcoming book. It’s a way to refuse habitual phrasings and then it’s refreshing if you go back to them: as I certainly did in a big way with birds (though that was subject matter as well as the word bird etc.)

Re voice, I think it depends on what you want to do, what you think voice is. It’s something that interests me at the moment but doesn’t seem particularly affected by the constraints I use currently, mild as they are. I wrote thempark under the constraint of following word counts and punctuation in poems by John Ashbery, a kind of close writing, which mixed in Ashbery voice effects, further ironising the tone perhaps. (I think of Ashbery as a great punner.) I used the same method to write ‘the bill sonnets’ in open sesame, using Edna St Vincent Millay rather than Ashbery. Each sonnet voices a character from the British cop show, but their words are interrupted by unorthodox punctuation. I think the lyric I is a bit of a bogey: most poems when you look at them closely have voices and voice effects proliferating everywhere. Or at least the poems I read seem to. It’s a big complicated topic, and there is potential for constraints that use voice in some way.

ZK: Your latest collection Cocky’s Joy was short-listed for the Prime Minister’s Award for Poetry last year. Congratulations! What are you up to at the moment and have you any plans on the horizon?

MF: Thank you! It was very gratifying to be short-listed for that award when many of the poems in the book are concerned with national culture and history. My new book I Love Poetry is out from Giramondo on 1 November. Then I can work on the next book properly. I’m writing some prose, tentatively. I’m planning to go to China in autumn to give a couple lectures, and to the U.S. later next year to promote A Lyrebird: Selected Poems which was published this year by Blazevox. New books bring opportunities so I’m looking forward to things I don’t know about yet.

About Zoe Kingsley 13 Articles
ZOE KINGSLEY is the Deputy Editor (Poetry) at The Suburban Review. Zoe is a writer and collaborator living in Narrm Melbourne. Her poetry and art writing has been published in journals and magazines including Rabbit, The Happy Hypocrite, Powder Keg and Textual Practice.