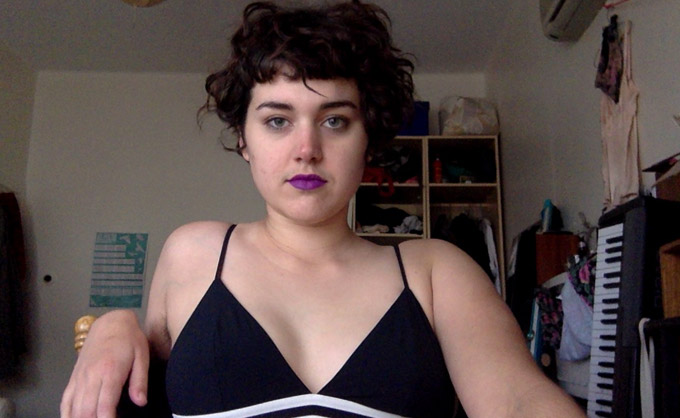 Molly is a poet, writer and radio maker. She has a chapbook of poetry called Intimacy and other bruises, and a cat named Rubble.

The last book I read that I loved was Emily Maguire’s An Isolated Incident. I tend to love books that haunt me.

I picked this one up because I wanted to read a book that sucked me in, made me forget my world in a second in the relief of fiction. I had been assured this would happen with An Isolated Incident. The writing was compulsive to read and I finished it pretty quickly. But I felt the world. I felt it strongly, terrified. No, not an isolated incident. It feels a bit obvious to say, but Emily makes sure by the end of this novel that you feel it, down to the marrow. I felt deeply sad as I finished it. I admire a book that makes me feel that shade of sad.

I’ve heard Emily say when she wrote this book that she envisioned it as a ghost story, not a crime novel. In my mind it was a tragic love story about two sisters. It tells the tale of Chris, a bartender at the local pub of a small Australian town, and of her sister Bella, who has been murdered. It is about the gendered double standards of sexuality, the media’s obsession with dead women, victim-blaming, well-meaning feminists, men’s violence. But Chris’s love for her sister is the heart of the book and her grief is the spine. I’m a bloody sucker for stories about sisters—I am very close to my own. Chris’ grief tasted like I imagined mine would. Emily’s writing gutted me.

An Isolated Incident is set up as a murder mystery, but refuses to offer the reader the satisfaction of a resolution. What’s revealed in its place is the normalisation of everyday violence. Justice means very little to Chris—Bella is still dead. She’s gone. It left me wondering about what justice looks like in a society where no lessons are learned—where stories of dead women look so alike and yet are considered unrelated, where warning signs are ignored again and again.

Chris is such a great character, as is May, the journalist who comes to the town to cover the murder. The way the two characters’ relationship with sexuality is portrayed is rare. There’s a tension in their negotiation of desire with men, their agency in seeking sex, and the risks they mediate taking unknown men to bed. Emily manages to portray uncertainty, danger, different kinds of fear in these moments, without it being patronising or shaming, and without undermining the choices of the characters. I feel like it is this magic trick, this book! The blame dissolves and reappears where it should have been the whole time.

I’ve not read anything else by Emily—but I plan to. I feel like every book I read changes me in some way, but it’s hard to name. I feel like this book locked eyes with something in me. I thank Emily for that.