Bella Li is the author of Maps, Cargo (Vagabond Press, 2013), shortlisted for the Wesley Michel Wright Prize, and Argosy (Vagabond Press, 2017)—a book of poetry, photography and collage. Her writing has been published in journals and anthologies such as Meanjin, Cordite, The Kenyon Review and Best Australian Poems. She is a managing co-editor at Five Islands Press, a co-curator and editor at Photodust, and co-editor of The Slow Canoe Live Journal and Press.

Argosy was the product of an enduring obsession I have with explorers and ships and the work of Max Ernst—and maybe strangeness in general, because all of these things are strange to me. The book began as a small project for the Ian Potter Museum of Art: I’d intended to write a suite of poems based on the journals of Jean-François de Galaup de La Pérouse, a French explorer who disappeared off the east coast of Australia in 1788. But then I came across the beautiful illustrated atlas appended to the expedition (and the atlases of subsequent expeditions sent in search of La Pérouse), and somehow found myself hunched over a desk with a scalpel and some craft glue, making collages. These became the bones of the first part of Argosy: ‘Pérouse, ou, Une semaine de disparitions’.

Around the same time, I was also beginning to write longer sequences of prose poems, and edging closer to narrative—most of these sequences appear in the second part of the book, ‘The Hundred Headless Woman’. I’m teaching poetry at the moment, and consequently thinking a lot about form—what is it about poetry that makes it poetry, particularly in the absence of lineation? There are times when I want to give up on the genre, but I find I keep leaving only to loop back. I like how in poetry you are always asking these questions—questions about what it is exactly you are doing, and why it should be called poetry, and whether you still want to do it—and how every time you write you are trying, in some way, to answer, even if only provisionally.

What I wanted was not synthesis, but the coexistence of forms: it was important to me that the images and text together created a world…

I find the question of genre, in general, both interesting and difficult. I didn’t know how to describe the book as I was putting it together, and still don’t, except to evoke various generic categories (poetry, photography, collage)—these adequately describe the parts, but not the whole. Poetry is the medium I’m most practised in, so it makes sense, maybe, to characterise Argosy as a book of poetry—but two thirds of it is wordless and the first poetic sequence doesn’t appear until about 50 pages in. At the same time, while the book grew out of and took direction from the images, the poetic sequences are also crucial. I think what I wanted was not synthesis, but the coexistence of forms: it was important to me that the images and text together created a world, while at the same time retaining their distinctness as different modes of expression. 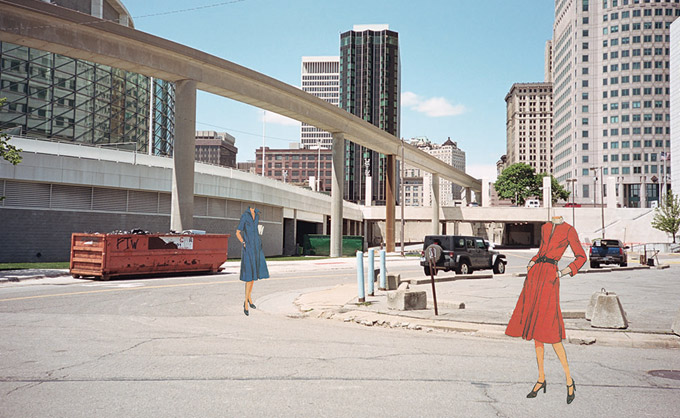 The part of Argosy I’m most proud of is the one that people will probably notice the least: the book design. Only because I had very little in the way of book-design experience, and had to mostly teach myself about leading and typography, page dimensions and composition, and how to use InDesign semi-proficiently (the internet is amazing). My publisher, Michael Brennan, very generously gave me complete creative control from the beginning, which may or may not have been a good idea: there were weeks where I practically lived at Officeworks, doing test prints. I think I drove myself a little crazy making tiny adjustments to CMYK values, increasing fonts by half a size, then decreasing them, moving text blocks a quarter of an inch up the page, and then shifting them back down, etc. I have an obsessive personality, so things can get out of hand pretty quickly.

Argosy makes sense to me—all its components, and the manner in which they fit together.

In the end, a year after I was supposed to deliver the manuscript, Michael sent me a very nice but very firm email saying, ‘Bella, you need to let go and move on with your life.’ He was right. And so I did. Except I haven’t quite yet. I thought I’d launch the book and that would be it, but I’d forgotten about the post-publication business of reviews and prizes. So it’s still on my mind, at least for the next few months. The main thing, though, is that it exists, and its existence is now entirely independent. Argosy makes sense to me—all its components, and the manner in which they fit together. But I’m not sure it will to anybody else, at least not in the same way. And part of seeing it move away from me is seeing how it appears to others. I’m looking forward to that. And, also, to actually moving on.

Pick up a copy of Argosy here or at all good bookshops. 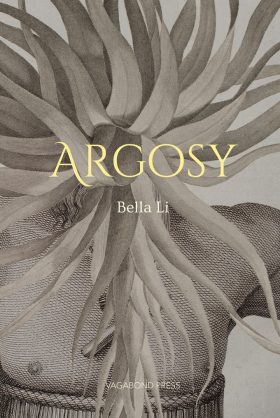