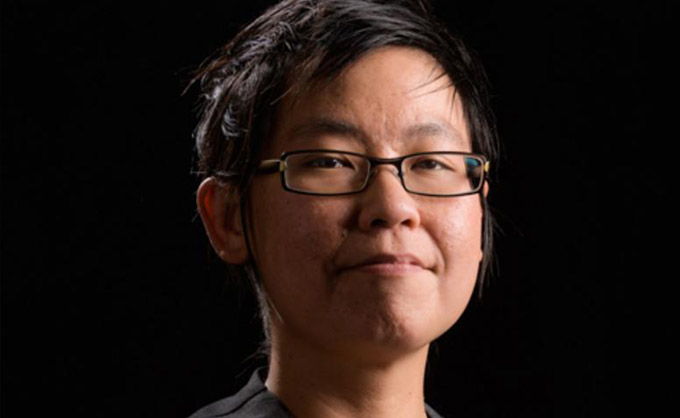 Lian Low is a writer, editor and spoken word artist. She previously edited Peril – Australia’s leading online platform for Asian Australian writing, arts and culture. Last year she collaborated on the performance text of the Malthouse Theatre’s sold-out dance premiere of Do you speak Chinese? She also completed a Wheeler Centre Hot Desk Fellowship and was a festival artist at the Melaka Arts and Performance Festival in Malaysia. She’s currently working on a memoir that traverses her travels to Singapore, Malaysia and life in Australia.

We are very fortunate to be able to speak with the incredibly generous and multi-talented Lian Low, whose answers below are a testament to her accomplishments, selflessness and vast knowledge of her writing community. Thank you so much, Lian.

You wear so many hats – you’re a writer, editor, theatre-maker and a spoken word artist. Why is it important for you to engage with language in different ways?

It depends on what I’m working on. Theatre is my first love, I found my writing voice through winning a prestigious short play competition with a short monologue called Hyperreality, when I was 19 years old. I migrated to Australia at 14 in 1991 and, being painfully shy and introverted, I found writing a great way to process and reflect on my outsider/foreigner status.

In Hyperreality, I played on the idea of waiting, waiting for my period, waiting for love, waiting for things to happen, to explore the protagonist’s thoughts on race and racism, on being a woman of colour, being Malaysian-Australian, lesbian, queer, new migrant (‘woman’ felt like a foreign concept in itself at 18).

I use spoken word when I want to capture a feeling or a thought quickly, and sometimes it’s a way for me to test ideas.

I had two important highlights working in spoken word last year.
The first was working with Gamilaraay poet Luke Patterson for a spoken word exchange, as part of contemporary Indigenous-run arts space Blak Dot Gallery’s Both Sides of the Street exhibition. Blak Dot Gallery opened their new space on Saxon Street, Brunswick this year with an exhibition Fifty Shades of Blak, as part of the Melbourne Fringe Festival. I am awed by Kimba Thompson’s (Blak Dot Gallery owner and curator) labour of love and her vision for this wonderfully independent, Indigenous-led space. Kimba has invited 25 performers and writers—and I’m thrilled to be included in the mix—to respond to themes of racism, stereotyping and identity as part of the performance component on Saturday, October 1st.

The second was working with Portuguese-Malaccan community leader Martin Theseira, last year; we collaborated on a piece called Rasa Sayang Melaka. ‘Rasa Sayang’ is a popular Malaysian love song. We also chose it because I remember it from my childhood. For Martin, this song is very Malaysian and speaks of his love for Malaysia, even though, as he says, he is not fully recognised as a Malaysian, in terms of his rights. We performed it back to the Malacca-Malaysian community with elders in the crowd, as part of an exhibition called New/Old Malacca organised by Bert Tan (from the Malaysian Heritage and History Club), Melissa Chan (curator of the Baba and Nyonya Heritage Museum), and Julian Yeo (co-owner of the Daily Fix Café). Martin and I also performed it as part of the Melaka Art and Performance Festival. Being part of this international festival provided another platform to highlight issues that his community is facing—see here.

As a writer and editor, working with Peril since 2009 (we are turning ten years old this year!) has enabled me to grow as an independent thinker, writer and editor. I’ve come to realise that being ‘in the margins’ is also a matter of perspective, and it’s about being strategic, in terms of contributing to mainstream literary conversations. I’ve had a lot of fun working with the very inspiring, brainy and audacious Eleanor Jackson, Peril’s Editor-in-Chief and I’m super proud of where Eleanor and her team have taken Peril, and where Peril will continue to go.

The great thing about editing is taking pride in seeing someone else’s work shine. It’s not about impressing your voice onto someone else’s work, but helping guide the writer’s work be the best it can be. Through Peril, when I was an editor, I’m thrilled to have published Maxine Beneba Clarke’s earlier version of ‘Shu Yi’ which is in her award-winning collection Foreign Soil. And I recently met Melanie Cheng at Writers Victoria’s Diverse Women Writers event, and was so happy to hear that Peril published her earlier work too! (Check out this beautiful ode to her grandmother, ‘Pure Lotus’). Maxine and Melanie both won the Victorian Premier’s Award for an Unpublished Manuscript (2013 and 2016 respectively). As an editor, I live vicariously through knowing that I’ve supported writers in their writing journey!

You wrote Do You Speak Chinese? (2015), a choreographed performance shown at Malthouse Theatre, which explored the ways in which race can be projected onto our bodies by others. How has your Asianness and queerness informed the ways you write/edit/perform?

Do you speak Chinese? is the heart and soul and brainchild of choreographer and dancer Victoria Chiu. Victoria asked me how to describe my involvement, and I said ‘writer’, but upon reflection now, I think I should have said ‘performance text collaborator’. I contributed to how the text was used in the dance and choreography and it was a team effort. Even the spoken word component at the end was formed through close collaboration with Victoria. I loved working on that project and so grateful to Victoria for inviting me on board, as it pushed me into thinking about how to create text for dance and how to work with bodies in a dance- and theatre-specific space. It was also amazing to meet and work with Felix Ching Ching Ho (who curated this awesome work Approximate Translation at Malthouse Theatre earlier this year) as well as many other incredible artists, through that project. Victoria has a follow-up iteration of Do you speak Chinese?, a deepening of her creative journey and research into family stories, which I’m not involved in. It’s called What happened in Shanghai?, out in 2017.

In terms of my own work, I’m really aching to sit with a longer manuscript, and just pour my heart out, and shape it into whatever works. I recently completed six months of a memoir-writing mentorship with Lee Kofman, and it has deepened a lot of my thinking and writing that began in a previous mentorship with Maria Tumarkin, in 2013. Part of this thinking and writing has been published in various iterations: ‘The Famous Five in Kuala Lumpur’ in Kill Your Darlings, ‘Hero’ in Griffith Review 49 New Asia Now II and ‘Family ghost story’ on the Wheeler Centre’s website as part of the Wheeler Centre Hot Desk Fellowship I undertook in 2015. I discovered Weebly as an online platform earlier this year, and gleefully cobbled together my own website – so look out for slow-burning developments.

What (or who) do you wish to see more of being published and given a platform?

Finally, do you have any advice for someone who is just beginning to write or think about their queerness, Asianness, or any kind of identity politic?

Finding good people who deeply care about you and nurturing your work is important. Also knowing when to take on board constructive criticism, and leaving negative/unwanted criticism behind, is crucial to growing in a creative practice, I think. And if your gut says that the person you’re working with is a bully, or whatever you’re doing is not right, leave, and don’t do the work. Or if you have to stay, get support; it’s not worth the cost of your wellbeing.