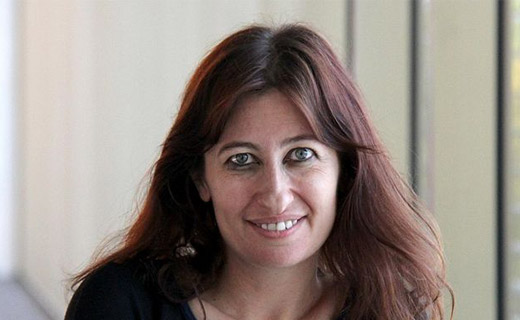 In December 2014, I was a new subscriber of Writers Victoria when they launched a podcast series. One of the episodes, “Write What Makes You Blush” caught my attention.  They interviewed Lee Kofman.

Curious, I bought my first non-fiction e-book “The Dangerous Bride”, downloading it straight to my Kindle app on my mobile phone.

Lee Kofman wrote about her life, relationships, love and sex. I found myself mesmerized, drawn into her world, captured by her brilliant words.   Lee was not only a writer; she was also a migrant and a mother.   And she lived a life that I could only dream of.

Smitten, I found myself fangirling her, following her on Twitter, and subscribing to her blog. In the same month, The Wheeler Centre featured a post “Working with Words: Lee Kofman”

Write only about what feels urgent; what makes you blush and feel ashamed is going to be your best material. It is more important how you describe what happened than the precise details of what happened – reflection and analysis are usually more interesting than even the most colourful action.

Inspired, I found myself in a new school year—in Australia, the school year goes by the calendar year— enrolling in a workshop for grownups: Life Drawing at Footscray Community Arts Centre.

Next, I signed up to attend my first Digital Writers Festival with “Writers’ Night School: Sex writing” on February 2015.

When Lee Kofman posted ‘How to seduce a reader’ via Writers Victoria, I bookmarked it on my mobile phone’s browser.

To capture the raw feelings of desire, when I write particularly emotion-loaded passages I often use language intuitively rather than deliberately

‘Seduce the reader’ became my mantra, my battle cry.

I began a new routine. I would read her blogpost first, get all fired up and focused, and then pour all my energy and passion into my story.

I pushed the boundaries of the alternate universe fanfiction I was completing. I gave my characters challenges and conflicts. I turned my fandom’s traditional princess into a highly-skilled medieval knight, who, as a teenager, had lost a limb from parental abuse. And then I disguised her as a kitchen servant while her kingdom was annexed by marauding knights with sentient robot lions.

Hot damn. For the first time, I was having fun writing.

When Lee tweeted that she would be at Melbourne Writers Festival (MWF) for ‘Art of Storytelling’ I was surprised that the event was free. I booked online straightaway, realizing later on that I’d never attended a writers festival event in the city before.

With a printed copy of The Dangerous Bride, I rode my cargobike all the way to Docklands, and attended Lee Kofman’s MWF event.

Starry-eyed, I was in complete fangirl mode.

Unabashedly, I approached Lee after her talk and asked her to sign my copy of her book.

I had finally met my favourite author.

By January 2016—on a dare—I submitted a 500-word piece for the chance to win one of ten spots to Melbourne Library’s ‘The Art of Storytelling’.  It was my opportunity to further develop my writing skills, delve beyond fanfiction, and be mentored by my favourite nonfiction writer.

Less than a month later, I received an unexpected call.   My piece about my daughter’s chemotherapy was chosen from among hundreds of entries.

I won one of ten spots to ‘The Art of Storytelling’ workshop and Lee Kofman would be our mentor for the next six months.

I broke into tears, stunned. I’d never expected I would win something from my writing.

I was determined to never miss a session, mercurial Melbourne weather be damned. Relentless, I would cargobike to Docklands, through late summer’s blazing heat and blustery autumn winds. Even in winter, bundled in layers of wooly clothes, I cycled to my memoir writing group.

We met with Lee once a month, and dutifully we submitted and workshopped our nonfiction essays and memoir chapters, honing our skills in the art of storytelling. She taught us how to find our voice, to write without fear, and admitting to our flaws and failures.

As a mentor, Lee was brutally honest with her feedback. My nonfiction pieces would come back riddled with corrections and comments.   And I loved her more for it.

She also told us to read; continue reading while writing. Read a lot of books. Throughout the course, she recommended more than a dozen titles. My inner completist bought all the books she suggested. For the first time in my life, I have a bookcase full of non-fiction books. I have a year to read all of them.

In an upscale restaurant in Melbourne, I was a starry-eyed fangirl.

I met some the writers who contributed to the anthology, themselves published writers.   Their brilliant book, with a cover of bright yellow and red, beckoned to me. My own rebellion was already well underway: riding a cargobike as everyday transport, sporting aquamarine-turquoise hair, and wearing pink eyeglasses.

And writing a memoir.

Under Lee’s mentorship, six months flew all too quickly.

On our last session, not only did we rehearse our performance pieces, preparing us for this year’s Melbourne Writers Festival’s Storytelling at The Dock, Lee told us that she looked forward to be invited to all our book launches.

From fanfiction to nonfiction, I re-channeled my energy from pop-culture fandom, to fangirling one of Melbourne’s brilliant and generous memoirist, writer, and mentor.

This fangirl has gone full circle.

About C. B. Mako 2 Articles
C. B. MAKO is a member of West Writers Group and a student artist of Footscray Community Arts Centre. She was a panelist at the Emerging Writers Festival 2016 “Late Night Lit: Fandom” and will be performing at Melbourne Writers Festival 2016’s “Local Libraries: Storytelling at The Dock” as one of Lee Kofman’s memoir course students. C.B.Mako is currently working on a memoir about life as a migrant, woman of colour, and carer to a child with disability and cancer.