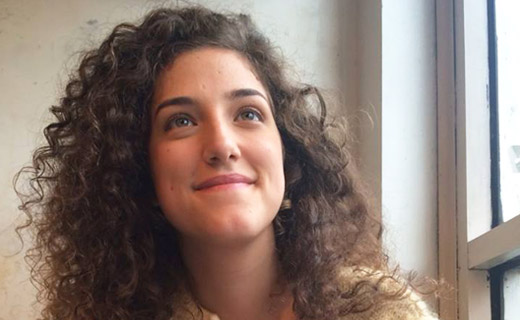 Your suite of poetry Filicudi published in Vol.6 of The Suburban Review was inspired by a trip to the small island of the same name off the coast of Italy. Can you tell us a little bit about your trip and a little bit about how you came to write these poems? Did you craft them while you were traveling, or did you need to process and reflect on your travel first?

Filicudi is one of the smallest of seven islands, known as the Eolian Islands, that stand off the southwest coast of Italy like flecks of dirt kicked up by the toe of the famous ‘boot’. Filicudi is also the island that my Nonna (grandmother) came from, and so the time I spent there was really extra special. I began to write this suite of poems while I was sunning myself on the pebbled Mediterranean beaches. Initially, they were a fairly private kind of attempt to get in touch with my late Nonna and, vicariously, my mother, too. After carrying the rough drafts around Europe for the next few months I actually sat down and penned ‘proper’ versions the following year. I think the passing time shifted the poems’ focus from myself onto the island—which has character enough for the both of us, really!

Filicudi has a cheeky way of animating the inanimate—’Tonight the spaghetti is shy,/… it folds/under itself and plays dead’ (A Broken Plate). Similarly, ‘a yellow canopy with scalloped edges/rolls out like a dog’s tongue’ (Fruit Truck). (These excerpts both invoke dogs! Do you have a dog? Do you like dogs?) Does one/Do you need to draw on animate objects in order to capture characteristics of inanimate objects?

Oh! Nicely spotted! No, unfortunately I don’t have a dog but on Filicudi there is an ‘island dog’, so named because he just wanders about the port all day in the off-season, giving kisses to people as they come and go. His name was Blu and we got along like a house on fire. It’s likely that he wriggled his way into my stories, but I suppose when you’re trying to write about a place that really, deeply moved you, animate language comes naturally. Or, for me at least, it makes sense to give these objects that impacted on my life a symbolic life force of their own.

You are the deputy editor at Betanarratives—an interactive digital storytelling website that pushes the limits of the Internet as a medium for conveying narratives. Considering your work, do you find yourself more or less drawn to, more or less aware of ‘inventive’ storytelling in your own writing, as well as writing that you read for leisure?

More. Definitely more. I’ve always considered myself a bit of a Luddite; so jumping on board the mixed-discipline Betanarratives team has been such an education for me. One of my favourite interactive pieces remains Tully Hansen’s poem ‘Writing’ in Electronic Overland. It’s well worth having a play. Recently I’ve been looking at the overlap between traditional narrative and video game design. You can check out Betanarratives’ latest project BODY LANGUAGE at www.betanarratives.com to have a geez at one take on this fusion.


Francesca’s suite Filicudi can be found here in The Suburban Review Vol. 6!