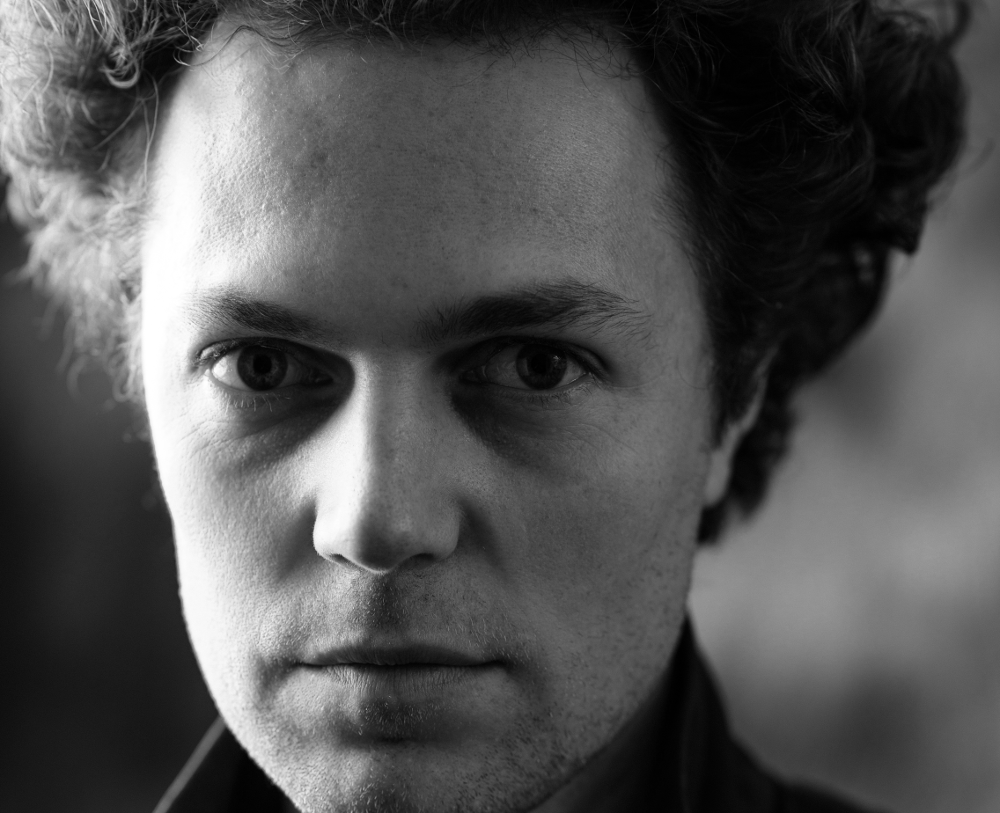 1.Your poem ‘Mauvement’ in Vol. 6 of The Suburban Review is an inversion of Rimbaud’s ‘Mouvement’. Do you view poetic inversion as a reading strategy, a kind of interpretative practice, as well as a creative practice?

Yes. I guess it’s part of the logic of inversion to be reading while writing, or to write in order to read. I’m not sure if we normally think of writing as a mode of reading, but it is—the words we write when we write them pass into our vision and remind us that they are words, signs. And then, when we re-write, write a version of, translate or transform someone else’s work (say, a poem), a double act of reading takes place—because, as your question implies, when writing through another’s work we’re given the opportunity to re-read that other’s work, not just our own (which we re-read over and over during re-writes and editing). Writing a version—(mis)appropriating another’s work—also forces the new work to engage, whether as homage or subversion, or otherwise. In my “inversions” I take the content of other poets’ poems and re-verse them from the tail to the top. It’s part-love, part-larrikin, and I like to think of the concept—of writing backwards from the bottom up—as a Down Under conceit. When you take something and turn it upside-down, back-to-front, you gain a new perspective, however misconstruing it may seem in the process. But that’s also partly the point; we make poetry to make strange.


2. A lot of literary magazines and journals have begun publishing more and more work on the Internet, TSR included. Some of your poetry has been published online—do you find that you write for the space: print versus digital? Would you characterise a difference between writing-for-print and writing-for-the-internet?

I’d like to say no—that I don’t write for a particular space and that everything I write is immaculately conceived in a void—but the fact is, everything one writes IS conceived of in tandem with the space in which it’s written, whether one realises it or not. Our unconscious is at the whim of the page, the screen, whatever space it is—the same way our unconscious is at the whim of the symbolic Other of language. If I’m writing on paper, the dimensions of the page and its materials, and whether it has lines or not, will have an impact on what I’m writing, probably just as much an impact as, say, when and where I’m writing, what I’m writing about, and the tactility of the text itself (though all in varying degrees). What even is writing when the circumstances in which it comes about are so contingent, tenebrous and shaky?

But seriously, I’ll try to sound more practical—about poetry and publishing. In my experience, poetry’s ability to utilise the space of the page (or the screen), while liberating for the poem, narrows its chances of being easily adapted to publication on the Internet (in most of those venues that publish poetry). I think this will change as editors, typesetters and technology adapt better to the materials and forms and shapes and voids in which they operate. For the time being, let’s just say that yes, for certain venues online AND (some) in print, I can only send them left-justified poems (because they’re easier to adapt to publication and therefore have a better chance of being published). The newspapers are notoriously terrible at typesetting even the simplest of poems that happen to have some indented lines. I do like it, however, when a publication makes that extra bit of effort to understand the importance of the space in which the poem is being put, and is able to give it that space and make it look right. Cordite and otoliths are particularly versatile when it comes to this aspect of publishing poetry online. And props to TSR for making my poem ‘Mauvement’ look perfect in print without even needing to confer. I was stoked.

That’s to say nothing of the content of my poems and how that changes for each publication, or rather how the content in fact directs my poems toward or away from particular publications. My poems are increasingly abject and/or obscure, so that has an effect on how and where I publish. I tend to send work to venues that will publish online—because I want to be able to disseminate the work through my social media networks. Though I also have a soft spot for small magazines that create a nice object to publish. I do the same with my poems. They’re visual objects that readers can fetishise.


3. At TSR, I think we’re pretty obsessed with ‘space’ (well, I know I am), and we often ask contributors about the role of space and place in their work. I’m going to try something a little different this time. ‘Mauvement’ teases out a kind of technological awareness (‘chatted heaps on our de vices’, ‘these incredible LEDs’—I don’t want to give too much away, dear readers! Please buy Vol.6 to read the whole poem.). Do you see our digital/technological future carving out more space in the language of poetry?

Definitely, both content-wise and in the forms that poetry will take. It’s a fait accompli. All new technology that has created a new space for writing—from papyrus to the pencil to the typewriter to the desktop computer—has seen writing evolve to subsume that technology. Poetry in particular has a way of repurposing language to do and mean other things, and it will do that with the Internet and with the language of the Internet. It’s doing it right now. Poetry can appropriate anything in its path and forge that anything into new forms. That’s what I think it means to be contemporary. What makes a contemporaneous poem good, then, I guess, is how and why it’s been forged.

‘Mauvement’ teases out a kind of technological awareness probably because Rimbaud’s poem does. My line, “chatted heaps on our de vices”, is derived from his line, “chitchat near the machinery” (John Ashbery’s translation). As an aside, and to answer this and your first question more specifically, ‘Mauvement’ was created when I fed the French of Rimbaud’s ‘Mouvement’ into Google Translate multiple times, through multiple languages—those I thought appropriate at the time due to certain associations that were occurring between each new foreign language transmission—and finally into English. In this process, the resulting English translation is always garbled, but there are some fragments left over that gleam, and others I can usually refashion to suit the chains of association that I can see forming in the rubble. It’s a bit like panning for gold. With a bit of patience—and some ferreting, rummaging, and tinkering—eventually you have enough to make a killing back in town, so to speak. What I’m trying to say is that the seemingly, endlessly banal, beautiful, obscure, simple, erroneous, shocking, abject and unstable repositories of language found on the Internet are today’s goldfields. In ‘Mouvement’, Rimbaud writes of “advancements in chemistry / The travelers surrounded by waterspouts of the valley / And the maelstrom” (Ashbery trans.). In my inversion, the “male storm waterspouts” become “Silicon / Valley’s new chemical high-fashion dew”.

Toby’s poem ‘Mauvement’ can be found here in The Suburban Review Vol. 6!