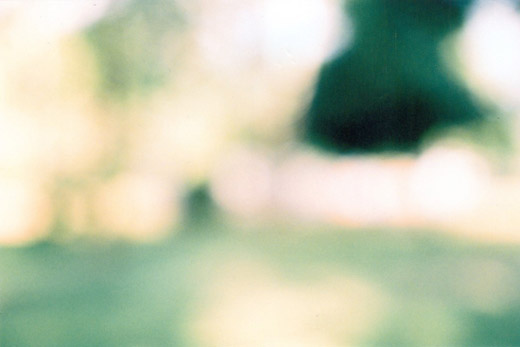 THE AGENT SMOKES his Marlboro by a waterless lake. Fish float in meadows of swaying seagrass; lily-pads tremble like floating cities. The Agent’s brow is furrowed, his grey lips tightened. One finger taps the cigarette, and for a moment the glowing ash tips free and hangs motionless—then rises off to the right.

The orange tree behind him asks, ‘And what then?’

‘She is holding out the salmon. I see the pinkness of its flesh and something in its mouth. I know I cannot eat it, though I caught it.’

He turns to look at the tree and asks, ‘So you’ve never had one?’

She shakes her leaves.

‘Is your wife beautiful?’

‘I don’t know, it’s been so long. I can’t remember her face. Maybe she never existed.’

A branch bends back, flings an orange at his head. His glasses pitch forward, the cigarette loops through the air and slows, sinks through invisible water – a perch rises to it and strikes, turning on like a lamp.

‘About death. You’ll be so surprised.’

The Agent’s eyes are two bowls of static over which he slips the aviators. From the distant forest pheasants rise and pass overhead, rattling like freight trains.

‘I hate this place.’

Her silence means she is gone. Lighting another cigarette he tries the walkie-talkie. Nothing but a faint crackle. He sets it by his side, and with disgust ashes into the air. It hangs, stunned, then floats to join the thousand points of light blinking on the grass, a morse language outlined by purple dark.

About Daniel East 1 Article
DANIEL EAST is an Australian poet and critic working on a second draft of his novel, who blogs over at dteast.wordpress.com. He hopes you are well.