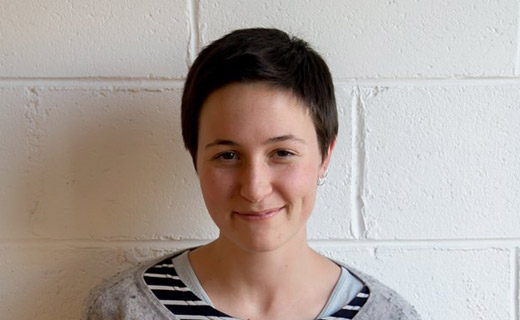 Do you think it’s important to finish reading each book that you start?

Yes. And only one book at a time. I carry around this constant anxiety when there are books on my bookshelf that haven’t been read. For a long time I could only read a book all in one sitting, which mostly meant staying up through the night with a torch under my doona and a lot of lectures by my dad about the importance of participating in the real world.

What is your creative process? Do you keep a journal, or take inspiration from dreams, maybe listen in on conversations on the tram? Tell us!

I don’t have a strict process. Charles Bukowski said something about the futility of forcing yourself to write; if it doesn’t just happen you’re trying to make something out of nothing and people will always be able to see that in your work. But then, he also says that good people exist so we ‘bastards’ can keep making art so… It probably isn’t a very effective method to work by but it’s the only one that I’ve consistently applied. It just means I always have to write something down when I think of it and keep writing until it’s done.

There’s this great quote (that might be?) by Stella Miles Franklin (in My Brilliant Career?) about her being outside as a young girl and she would see poems physically coming across the paddock. She would run inside to write it down before it disappeared on the other side of the house; I constantly feel stories escaping me and hating the ones that I get down because they took up space the good ones were supposed to fill.

What are you looking forward to most from Vol. 6 of The Suburban Review?

This will be the first print volume I’ve worked on with The Suburban Review so I’m probably most looking forward to having something to touch and hold and flick through and re-read and share with friends.

Lately I’ve been kind of disappointed by the lit magazines I subscribe to and the way they seem to be publishing works that give voice to the writer, rather than giving readers the best possible stories. I’m hoping that with Vol. 6 we’re going to be giving readers the kinds of stories that add something to whatever that it is that literature is supposed to be doing.

You can find the pozible for Vol. 6 here!